I figured the best way to begin my first author blog post was to ramble about my plans for the future.

What do I want to write?

What can you expect from me as an author?

Well, I’m a science fiction fan. Eighty percent of the books I’ve read have been in that genre. So, much of what I’ll produce will be in that vein.

However, I also love Thrillers, Fantasy, Mystery… I could be wrong, but I think it was Issac Asimov who said any story could be a science fiction story.

I agree. And I’ll likely take a jab at mixing those other genres I love into the wider genre of SciFi.

One thing I’ve discovered now I’m “hanging around” more writers is we all have TONS of ideas. I’ve got notebooks full of ‘em. But a few story ideas stand out to me in the coming years.

As I mentioned elsewhere, I’m currently working on an untitled Gamelit/LitRPG series. I’ll write another post describing Gamelit in more detail, but put simply, it’s a story taking place in or around a video game. Usually, but not always, that video game is a fantasy based Role Playing Game (RPG).

My story takes place in the future when jobs are scarce due to AI, automation, and climate migration. The main character Terry struggles to get by, until a strange opportunity to compete in a virtual reality RPG game tournament comes his way.

What About the Future?

Besides the current series, I have others in mind.

I want to tell stories based around our Moon.

For one, I think it’s timely. We’re going back there soon and I’m thinking interest in stories about the Moon might grow.

But I’ve also found there aren’t many good stories about the Moon, even though it’s a great place for storytelling.

Think about it: Looking up at Luna and knowing there’s a city up there. You could hop on a rocket or a space elevator, and in a couple days you’d be staring back at the earth from a Moon resort. Or you could “Barewing” fly  in a lunar dome under your own power because of the low gravity.

I have plans for another Gamelit story set on the moon.

And a second moon series, perhaps lightly connected to the Gamelit series,  which is shaping up to be a political thriller based around a Moon resort.

A SciFi detective series is also something I’d enjoy writing. Something set further into the future, maybe 300 – 400 years.

To be honest, my main craving for telling this series is so the detective can galavant around the solar system solving crimes. We’ll get to see all the amazing structures humanity has built by that time in space and on planets/moons. Not to mention explore cool future tech.

I also plan to write a Space Opera at some point which takes place in the far future. I have fragments of it in my head and in notes right now. But it’ll be epic in scope. Saving that for when I am a better writer 😉

These are a few of my current plans. I’m sure it might change and I’ll definitely add more as time goes on.

But what about you?

What kind of story would you love to read? Or rather, what do you not see enough of out there and you’d like to have more of it?

Let me know in the comments.

And if you haven’t already, sign up for my newsletter. I’ll let you know the latest on my novel releases, and have a few cool bonuses for subscribers.

Inspiration And Reasons For My First Novel 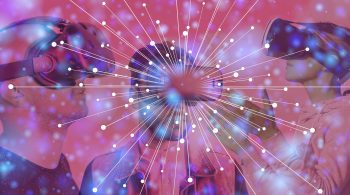 Inspiration And Reasons For My First Novel

Stay up to date on my latest novel releases